A three-level building next to Mayo Clinic’s hospital in northeast Phoenix offers little hint of what’s inside: a cancer-fighting apparatus as long as a football field that moves at two-thirds the speed of light. Mayo Clinic’s $180 million-plus proton facility will be the latest addition to a metro region teeming with cancer-care options, and the facility will be closely watched by doctors, patients and health insurers because of its sheer size, unique treatment and cost.

Doctors who offer proton therapy say it is more precise than conventional radiation because it targets cancer while sparing healthy tissue that surrounds the tumor. The therapy is often used on children and adults with spine and eye tumors, and some adults seek out proton therapy to zap more common tumors, such as breast and prostate cancer.

The Mayo Clinic proton-therapy center, near 56th Street and Mayo Boulevard, is scheduled to open in March. A similarly sized facility opened this month at Mayo’s campus in Rochester, Minn.

Mayo Clinic will be the only proton center in Arizona, but it will join a growing number of centers nationwide. There are 15 proton centers across the country, and 10 more are planned or under construction, according to the National Association for Proton Therapy, an industry group.

Continued from Page 1A

Metro Phoenix is crowded with hospitals and outpatient centers offering different forms of cancer care — though none offers proton therapy. Hospitals such as Banner MD Anderson, the University of Arizona Cancer Center and Cancer Treatment Centers of America all specialize in cancer care along with a cadre of specialty oncology practices and radiation-treatment centers in metro Phoenix.

But metro Phoenix families and individuals who currently seek out proton therapy must travel to hospitals in states such as Texas and California to seek the specialized radiation treatment.

Last June, the family sought medical care after Logan collapsed in the family’s home. A doctor delivered a shocking prognosis: Logan, then 5, had an aggressive and inoperable brain tumor and little time left to live.

The Green family sought a second opinion from a Barrow neurosurgeon at Phoenix Children’s Hospital. The surgeon told the family that the tumor, located between the brain stem and the cerebellum, could be extricated. The surgeon largely removed the tumor less than one week later. Because of the aggressive nature of the cancer, doctors recommended radiation treatment after Logan recovered and completed therapy. The family relocated to San Diego last summer while Logan finished 6 1 ⁄2weeksof proton therapy at the Scripps Proton Therapy Center in San Diego. The family moved to Colorado Springs, Colo., to be near family and to see a doctor who is monitoring Logan’s progress. The boy began eating solid food last November after weeks of ingesting formula through a feeding tube. His strength returned, and he finished a half-year of kindergarten. Follow-up scans show that Logan’s cancer is in remission.

Dr. Andrew Chang, a radiation oncologist who treated Logan in San Diego, said proton therapy is a good option for children with difficult-to reach tumors. He said standard radiation that uses X-ray technology can damage a wider area of healthy tissue as it enters and leaves the body. The proton beam is more precise, he said, damaging less healthy tissue. This helps minimize other potential harms like learning disabilities, heart trouble or secondary tumors that may develop decades later.

“Children’s bodies are still growing and developing. The little bit of radiation that comes from standard treatment is completely eliminated with proton radiation,” Chang said.

Mayo Clinic officials said they expect that more families like the Greens will be able to stay in metro Phoenix for proton treatment rather than travel out of state.

Dr. Sameer Keole, who will head Mayo Clinic’s proton center, said Mayo Clinic and Phoenix Children’s Hospital last year recommended about 10 children get proton therapy out of state, which can be costly.

Keole said he hopes many of those families will choose to get care at Mayo when the proton center opens next year.

Mayo Clinic’s proton center is encased in a concrete structure that was built with more than 175 million tons of concrete, about two-thirds the amount poured to build University of Phoenix Stadium in Glendale.

The building includes a cyclotron with hefty magnets that help accelerate energy particles to two thirds the speed of light. The proton beam is then steered along a beam line about 100 yards long — the length of a football field — into nozzles that deliver precise charges into four treatment rooms.

The pencil-beam technology allows operators to direct the energy charge into a person’s tumor, where the energy is used to zap the tumor’s DNA, killing the cancer growth.

But the debate about proton therapy often hinges on published medical evidence and economics as much as how well doctors say the technology works.

Some health insurers have scrutinized the technology because it is usually more expensive than other radiation therapy. Cigna, Aetna and Blue Cross Blue Shield in some states, such as California, Oregon and Washington, have balked at paying for proton therapy for prostate cancer.

Studies show that proton therapy is an effective treatment for certain types of pediatric cancers, such as brain cancer and sarcoma, and hard-to extract tumors on the eye and spine. But there is still debate over whether the technology is the best option for more-common diseases such as prostate and lung cancer. Studies on the use of proton therapy for prostate cancer have reported mixed results.

Dr. Terence Roberts, a radiation oncologist with Banner MD Anderson in Gilbert, said proton therapy offers “theoretical advantages” with better precision and the ability to deliver higher doses. He expects doctors will scrutinize medical evidence and the circumstances of each case before recommending proton therapy.

Keole said he expects Mayo Clinic’s proton center will be a clinical-trial site that evaluates proton therapy, possibly including more-common cancers such as prostate and breast cancer. Unlike other proton centers that have been built with financing, Mayo Clinic’s centers in Rochester and Phoenix were built with philanthropic support. Richard O. Jacobson, who founded a Des Moines, Iowa, warehouse and trucking company, donated $100 million to help fund the two centers.

“We are willing to take a hit on it,” Keole said of Mayo’s plan to price proton therapy the same as IMRT. “We are putting our money where our mouth is. Let us prove it to you.”

Dr. Sameer Keole is head of a Mayo Clinic facility where a proton beam will be steered into four treatment rooms. A pencil-beam technology will allow operators to direct charges into tumors. 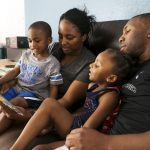