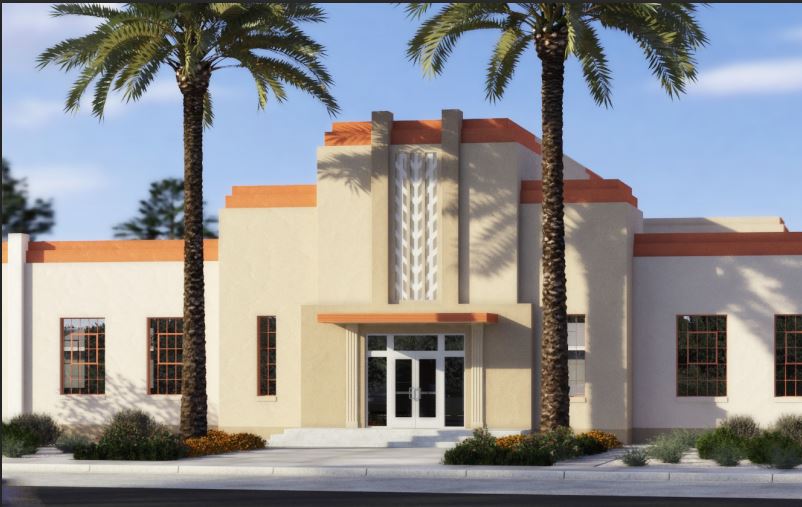 “As a longtime resident of F.Q. Story [neighborhood], I have watched the fairgrounds fall into an asphalt jungle even as our neighborhoods stabilized and thrived,” Steve Dreiseszun told the council.

After neighbors, like Steve Dreiseszun and preservationists expressed outrage, the Fair Board gave them time to come up with cash to take care of critical repairs to stabilize the building which is also known as the State Fair Civic Building.

Jim McPherson, president of the non-profit Arizona Preservation Foundation told the council that a professional team of architects and contractors conducted a structural review of the buidling that resulted in positive findinigs. McPherson also said that a group of preservationists has secured a tenant for the building to work with the state to possibly house a state historic preservation office and provide display space during the annual state fair

The city’s offer includes $120,000 in General Obligation Bond Funds and $80,000 from the Phoenix Industrial Development Authority. The deal requires the state to match Phoenix’s $200,000 offer and promise to preserve the building for at least 30 years. It’s unclear when the State Fair Board will vote on the deal.

Previous:
City of Phoenix – WPA Building Press Release
Next:
WPA Building at the Arizona State Fairgrounds Will Be Restored