U.S. Secretary of Education Arne Duncan today recognized 337 schools as National Blue Ribbon Schools for 2014 based on their overall academic excellence or their progress in closing achievement gaps among student subgroups. These schools demonstrate that all students can achieve to high levels.

Secretary Duncan made this announcement live via the Department’s USTREAM channelhttp://www.ustream.tv/channel/education-department at 1:30 pm and was viewed by recognized principals, teachers, and students assembled across the country.

The Department will honor 287 public and 50 private schools at a recognition ceremony on Nov. 10-11 in Washington, D.C. In its 32-year history, the National Blue Ribbon Schools Program has bestowed this coveted award on just under 7,900 of America’s schools.

“These great schools are fulfilling the promise of American education—that all students, no matter their name or zip code, can flourish when schools provide safe, creative, and challenging learning environments,” Secretary Duncan said. “National Blue Ribbon Schools are models of consistent excellence and a resource for other schools and districts. We celebrate them for their tireless effort and boundless creativity in reaching and teaching every student.”

All schools are recognized in one of two performance categories, based on all student scores, subgroup student scores and graduation rates:

Specifically, for the 2013-2014 award year, the Department strengthened the focus of both categories’ performance criteria around subgroups within a school and improving graduation rates for all students.

The Department invites National Blue Ribbon School nominations from the top education official in every state, the District of Columbia, Puerto Rico, the Virgin Islands, the Department of Defense Education Activity and the Bureau of Indian Education. The Council for American Private Education (CAPE) nominates private schools. A total of 420 schools nationwide may be nominated, with allocations determined by the numbers of K-12 students and schools in each jurisdiction. The U.S. Secretary of Education invites nominated schools to submit an application for possible recognition as a National Blue Ribbon School.

Note To Editors: Information on the 2014 National Blue Ribbon Schools is available here.

Previous:
CareerBuilder Top Companies to Work for in Arizona 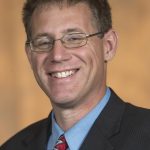 Next:
Valley Leadership names its man, woman of the year